DbVisualizer comes bundled with all commonly used JDBC drivers that have licenses that allow for distribution with a third party product. Currently, drivers for Azure SQL Database, Db2, Greenplum, H2, JavaDB/Derby, Mimer SQL, MySQL, NuoDB, Oracle, PostgreSQL, SQLite, Vertica, Yellowbrick as well the jTDS driver for SQL Server and Sybase, are included with DbVisualizer.  If you only need to connect to databases of these types, you can skip the rest of this chapter and jump straight to the Creating a Connection page, because by default, DbVisualizer configures all these drivers automatically the first time you start DbVisualizer. 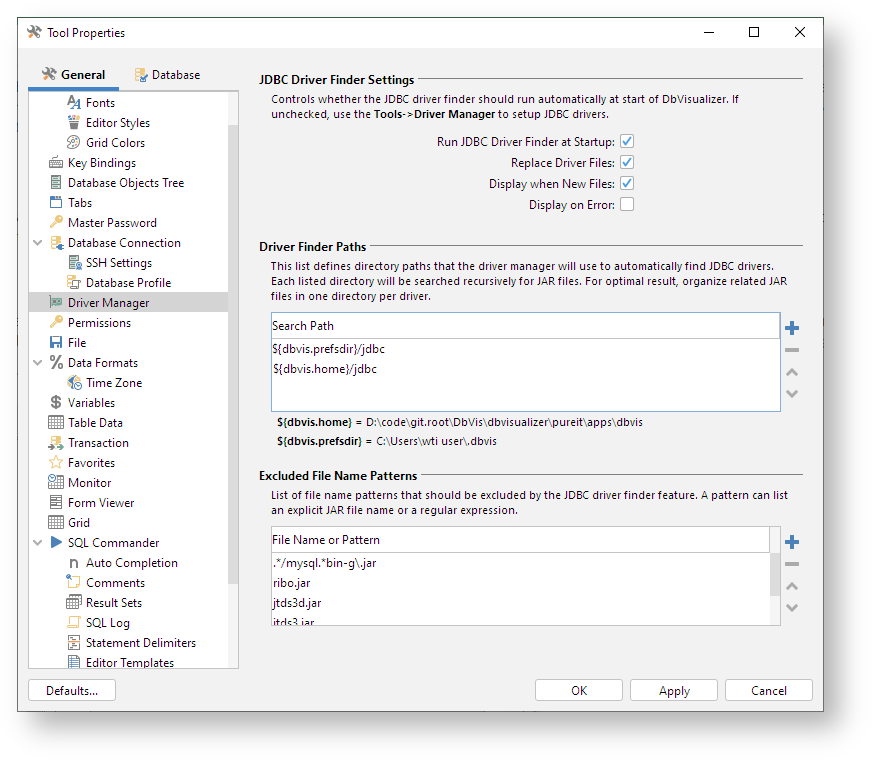 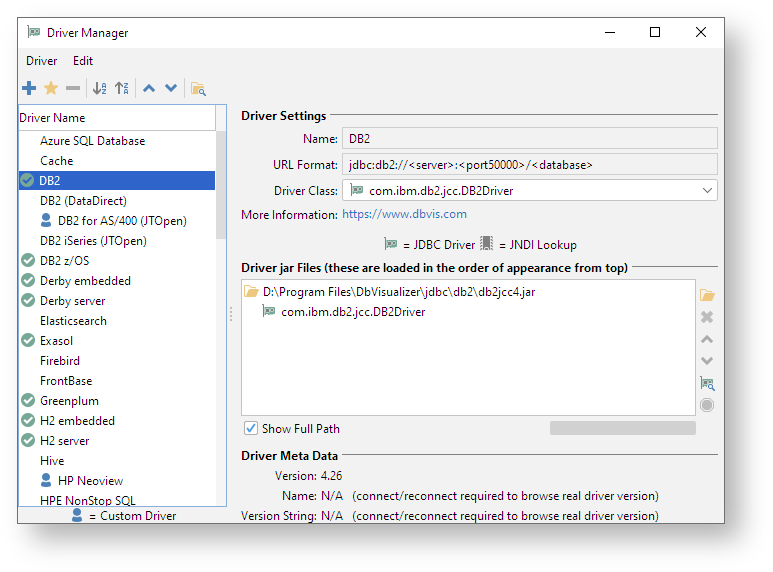 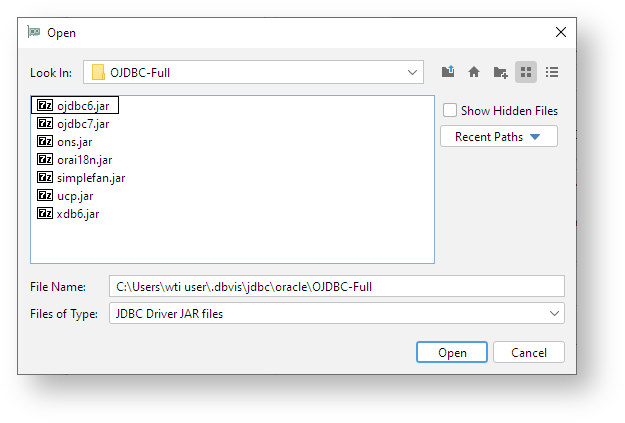 Some drivers depend on several ZIP or JAR files, or directories. Simply select all JARs at once and press Open in the file chooser dialog. The Driver Manager will then automatically analyze each of the loaded files and present any JDBC driver classes or JNDI initial context classes it finds. 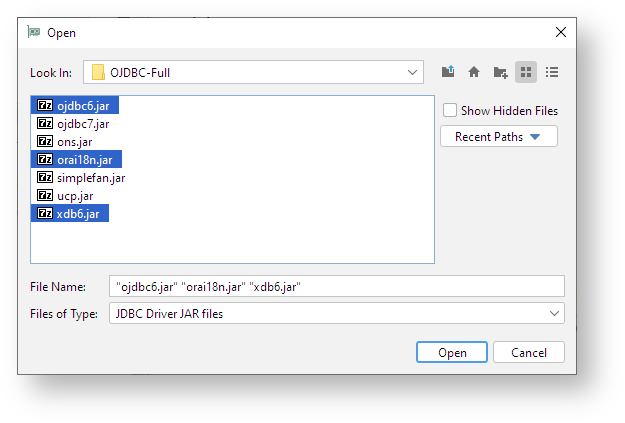