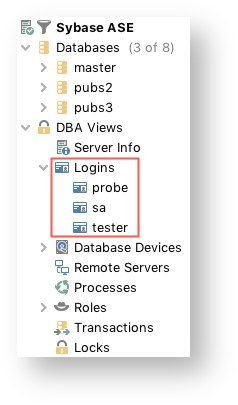 The DataNode element definition presenting probe, sa, and tester nodes in the previous screenshot use the associated data for the label as follows:

Explanation of the actions. The index attribute for actions that process columns, the start index is 1, while actions processing rows start with index 0.

The convertsqlwarningtodataset element will look for any SQLWarning raised during execution of the command and convert it to a result set.

The <If> condition based on the output from the previous InitCommand is: