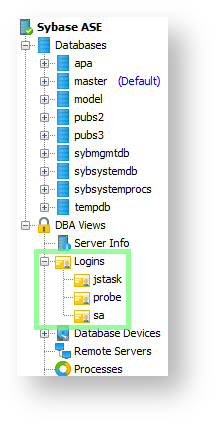 The DataNode element definition presenting jstask, probe and sa nodes in the previous screenshot use the associated data for the label as follows:

Explanation of the actions. The index attribute for all actions identifies the column in the result set by either number starting with 1 for first column or the column name.

The ProcessSQLWarning element will look for any SQLWarning raised during execution of the command and convert it to a result set.