The layout attribute is useful to tile DataViews side-by-side, either vertically or horizontally. Leaving it out will collapse the DataView tabs in a single tab group: 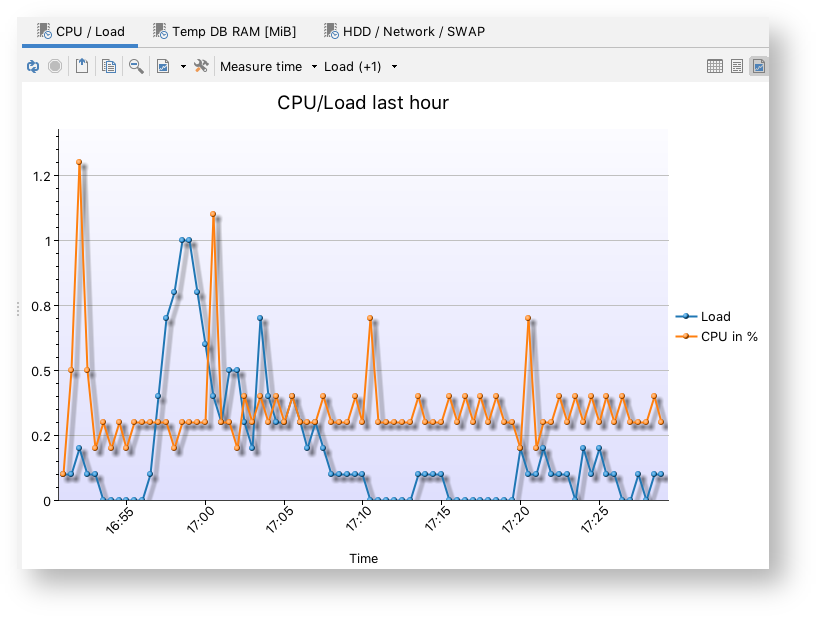 The viewer attribute for a DataView define how the data for the viewer should be presented. The following sections walk through the supported viewers:

The chart viewer presents a result set as a chart. This is typically useful for displaying monitoring metrics, statistics, and any result set from a query from the database. Using it with the layout attribute for the ObjectView element allows creating dashboards with charts and other viewers.

Here is a simple example defining the DataView using the chart viewer:

Here is the Command used in the previous example:

And here is how it looks having the Measure Time column in the result set as the category (along the X axis) and the Load, and CPU in % as series. 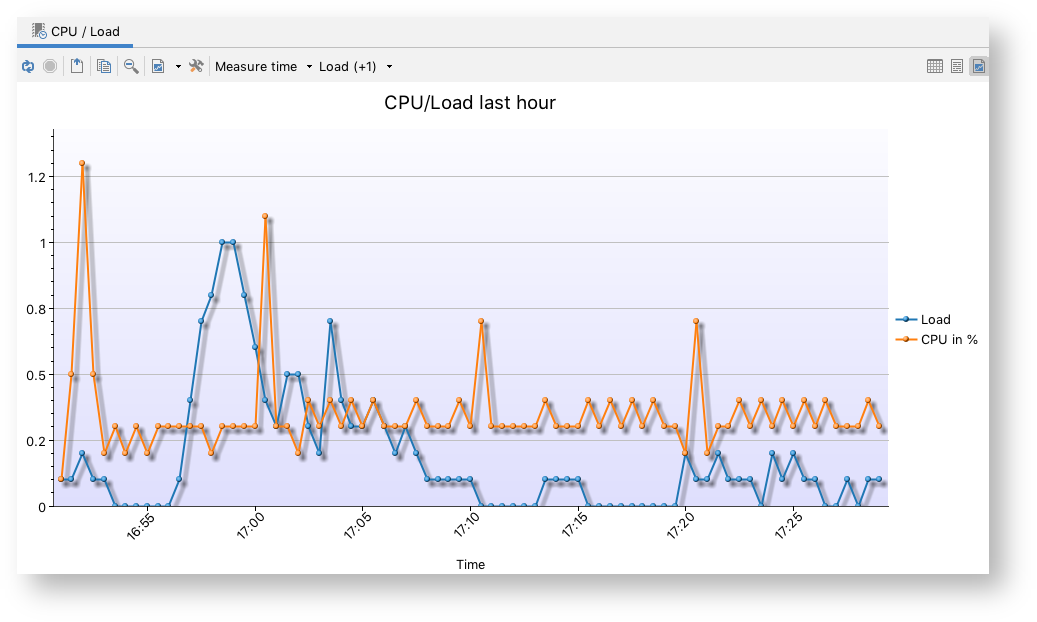 All the options available to configure a chart in the DbVisualizer GUI are available as parameters using this syntax:

These are the parameters controlling what series should be available in the chart.

The following parameters controls the appearance and content of the chart:

As a reference to the chart configuration in the DbVisualizer GUI, here are the same parameters (and order of appearance) as the list of parameters explained above: 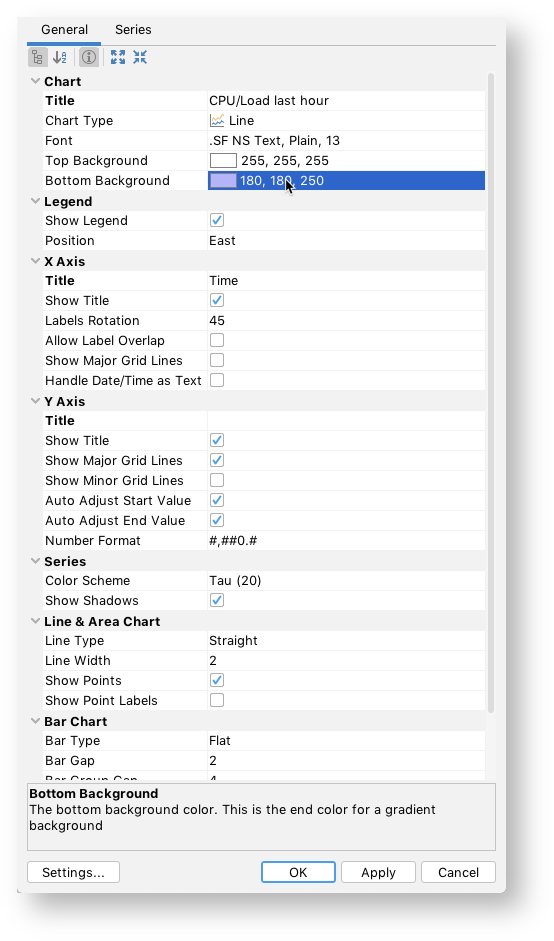 The ddl viewer is special as it requires support in the DbVisualizer codebase to work properly. When supported it will show the DDL based on the actual object's catalog, schema, and objectname variables.

The formatSQL parameter specifies if the generated DDL should be formatter (false by default). The objectType parameter is used by some DDL generators to distinguish what object type is being processed. 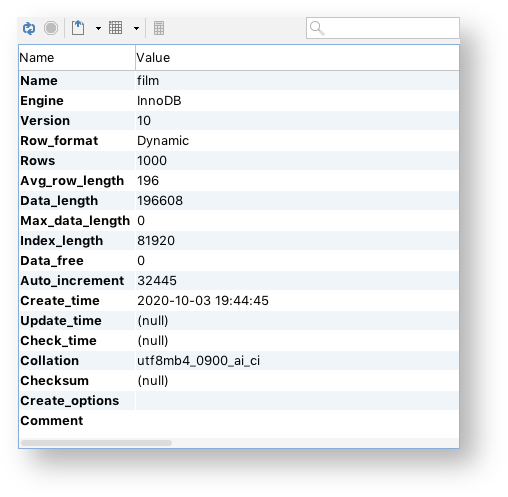 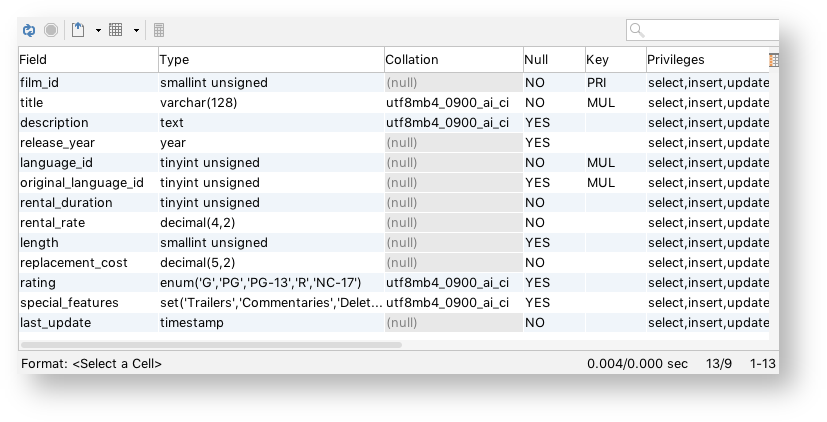 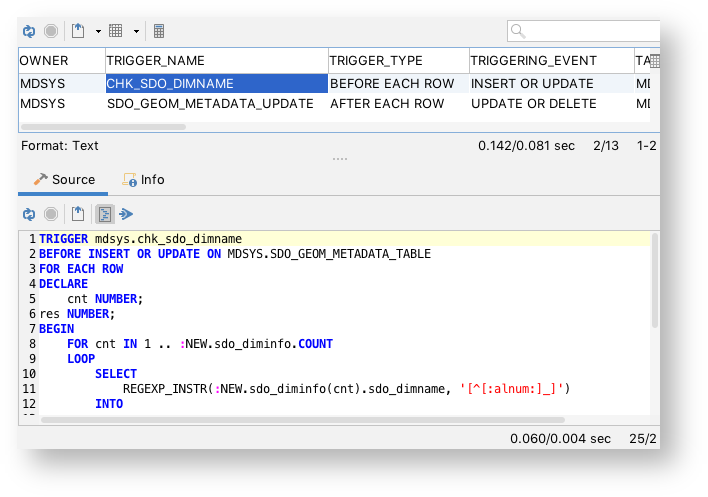 A drill-down type of setup can also be done with a chart as drill-down viewer showing data in the chart based on the selection in the top grid: 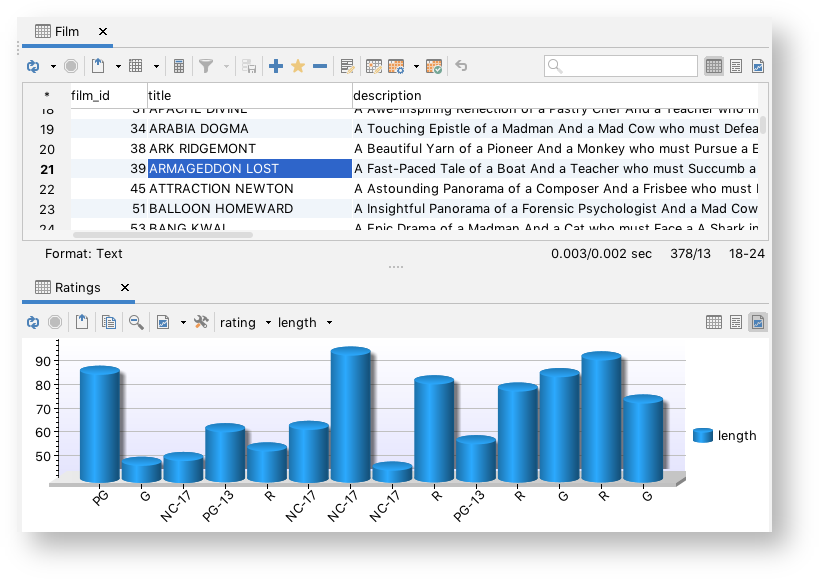 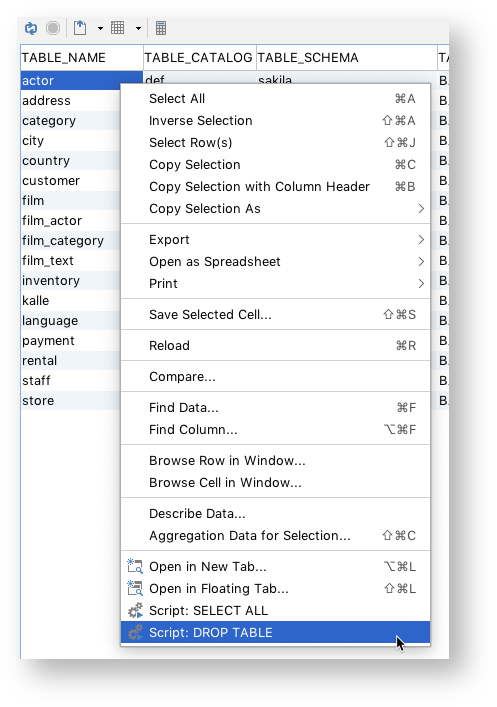 The message viewer is really simple as it just shows a message in the DataView.

It may also be useful to define viewers based on conditions such as in this example:

The navigator viewer defines the Navigator tab for table objects in the DbVisualizer UI. 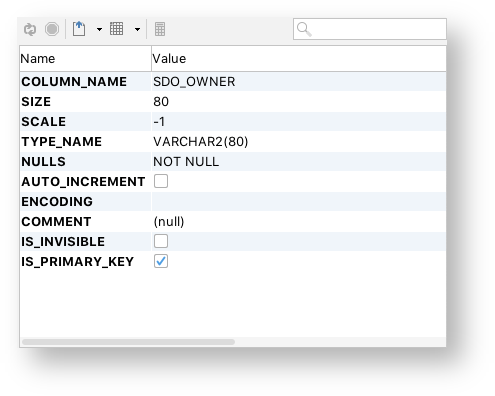 The procedure-editor is special as it requires support in the DbVisualizer codebase to work properly. When supported it will open the procedure editor for the selected code object such as procedure, function, package, package body, etc.

The table-data viewer shows the data for a table in a grid with various features such as filtering and editing (if licensed) functionality. This viewer is referred as Data tab in the DbVisualizer UI. 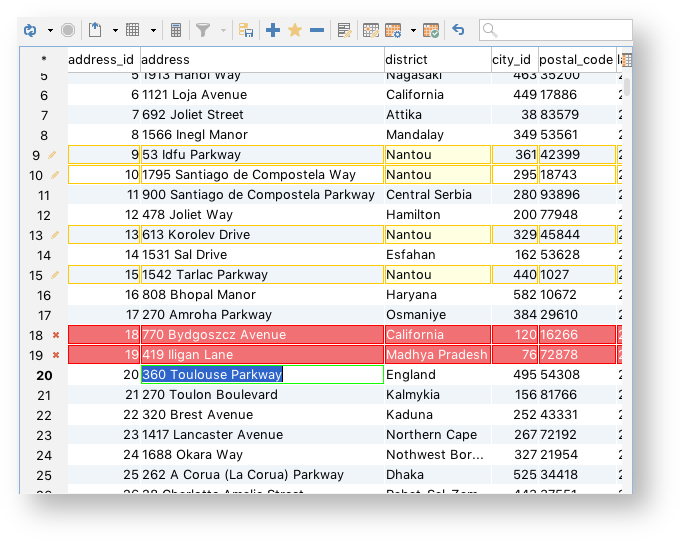 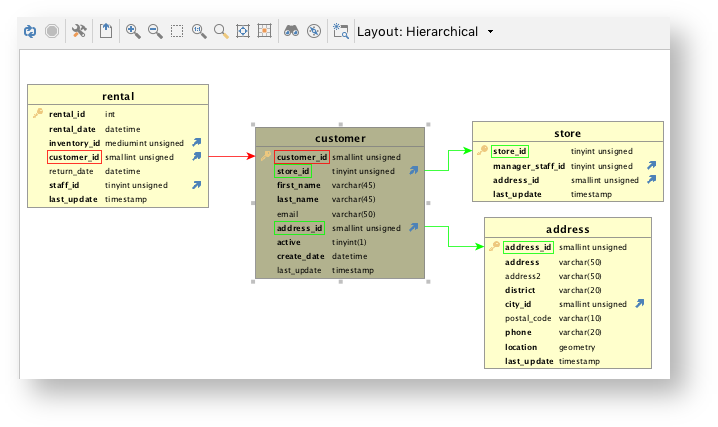 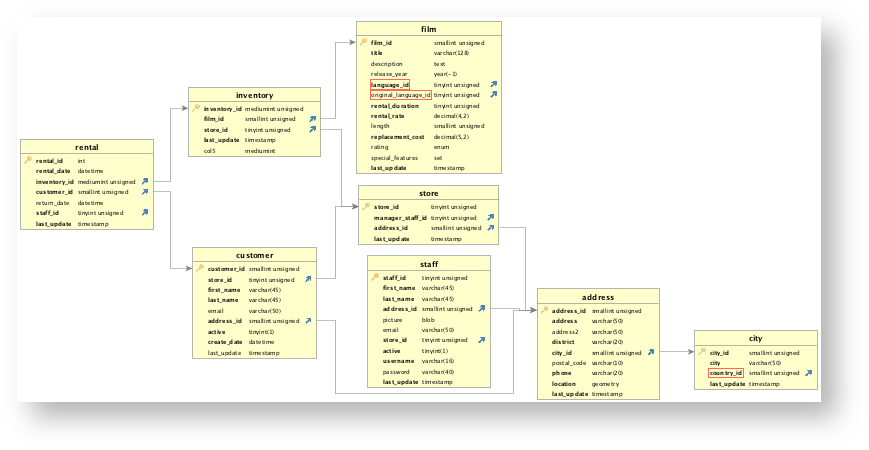 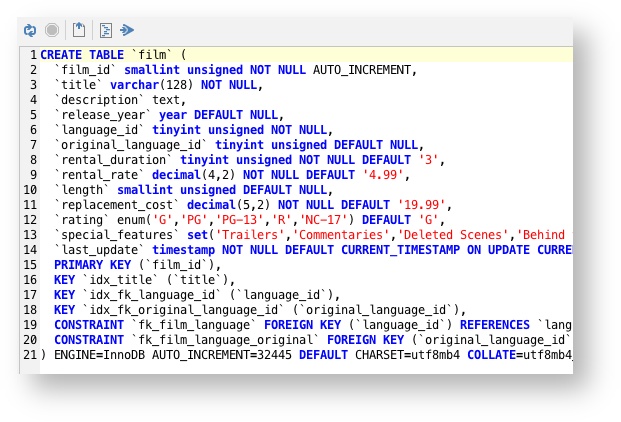 The Input element is supported for some of the viewers. Check the viewer sections for more information. 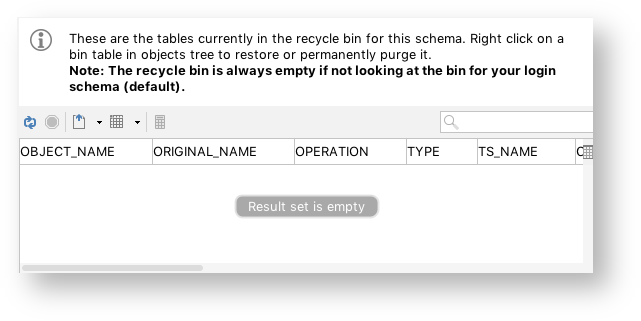