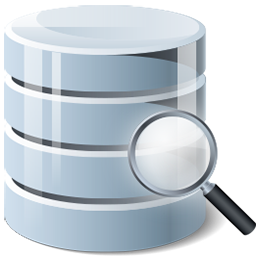 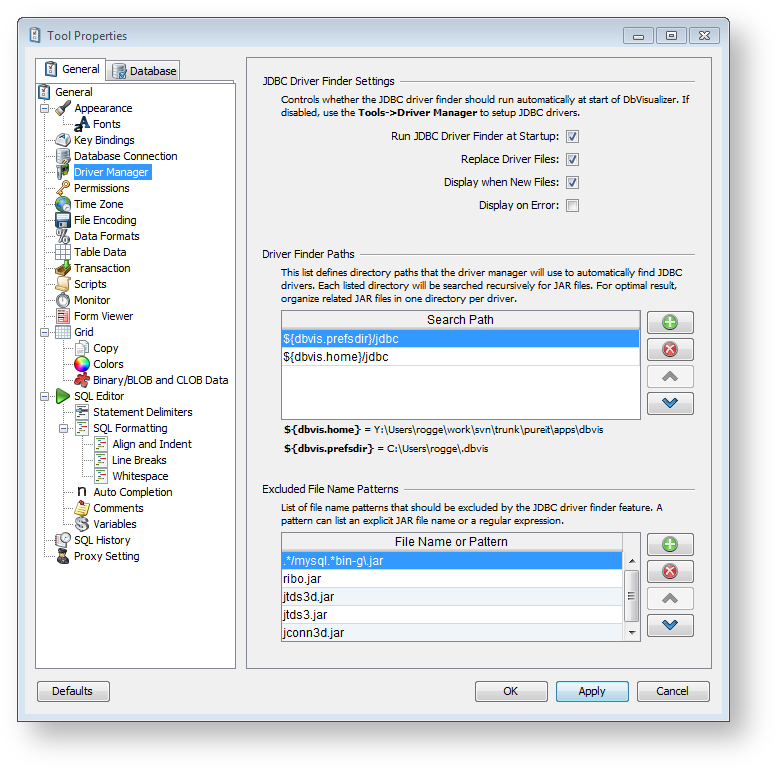 The System Classpath tab is only of interest for the JDBC-ODBC driver. 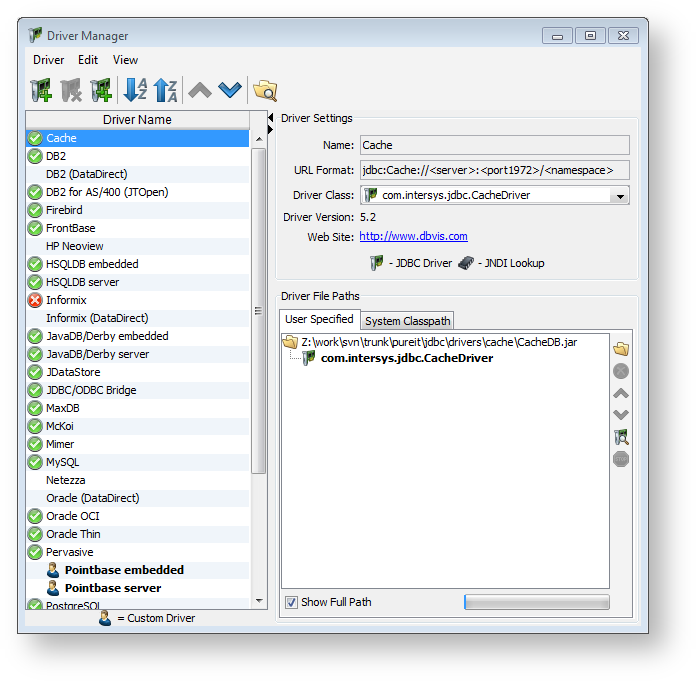 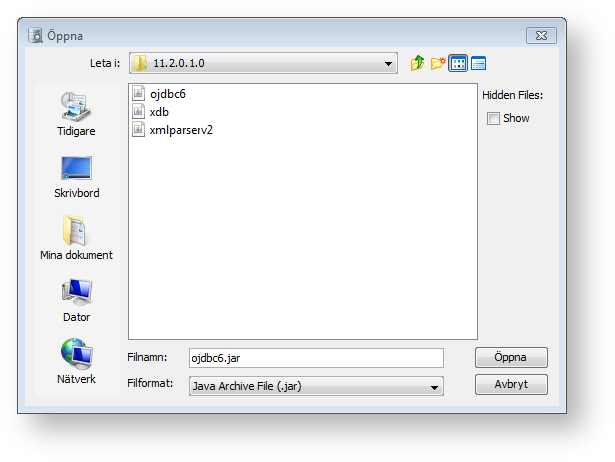 When a connection is established in the Connection tab, DbVisualizer searches the selected drivers path tree's in the following order:

The paths are searched from the top of the tree, i.e., if there are several identical classes in, for example, the dynamic tree, the topmost class will be used. Loading several paths containing different versions of the same driver in one driver definition is not recommended, even though it works (if you do this, you must move the driver you are going to use to the top of the tree). The preferred method for handling multiple versions of a driver is to create several driver definitions. 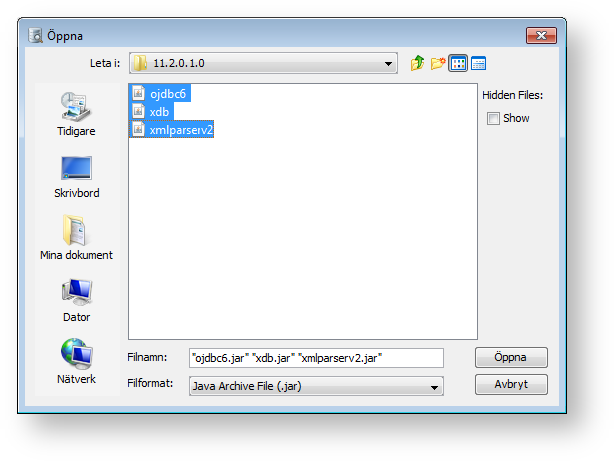 The JDBC-ODBC driver is bundled with most Java installations, but not all (e.g., it is not included with Java for Max OS X). The JdbcOdbcDriver class is included in a JAR file that is commonly named rt.jar, stored somewhere in the Java directory structure. DbVisualizer automatically identifies this JAR file in the System Classpath tree. To locate the JdbcOdbcDriver, simply press the Find Drivers button to the right of the System Classpath tree. When it is found, make sure the sun.jdbc.odbc.JdbcOdbcDriver is selected as the Driver Class in the Driver Settings area.

The JDBC-ODBC bridge driver is not intended for production use and is known to be limited and unreliable. Use it only if there is no pure JDBC driver for your database.